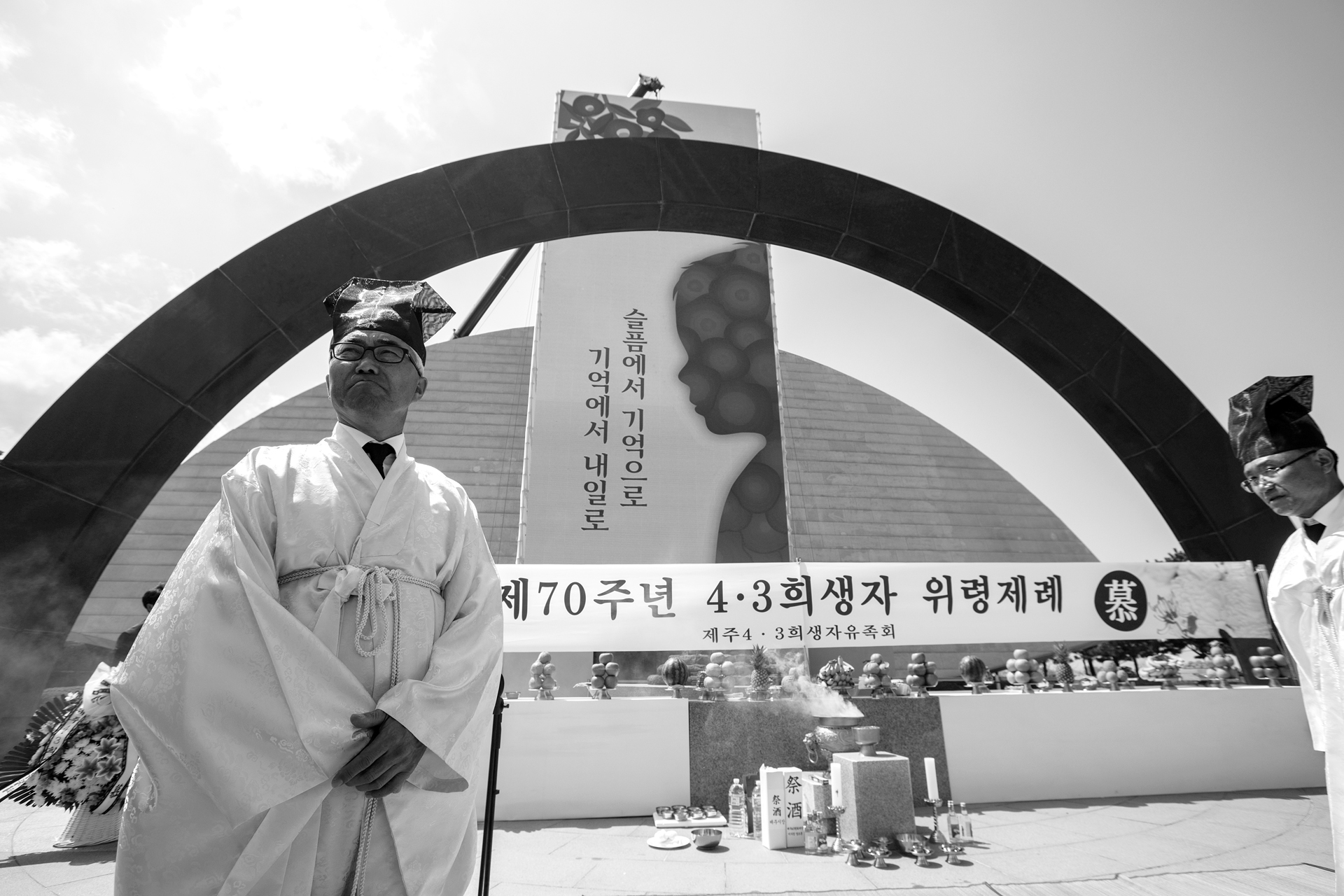 On the 70th anniversary of the Jeju 4·3 Uprising and Massacre, a Confucian-style ritual is conducted for victims at the Jeju 4·3 Peace Park. Photo by Kim Heung-gu

The recommendations made by the Jeju Commission have now been implemented: a presidential apology, a memorial park, a memorial day, education of students and the public (the peace park is the most widely visited “dark tourism” site in the country), basic welfare for bereaved families, excavations of mass graves, further investigation and commemoration projects.

But if you examine the approach taken, two weaknesses emerge. One concerns truth, the other concerns reconciliation.

The problem on the truth front is that the nationalistic narrative today is the same one shared by the Jeju killers and the dictators who suppressed talk of their crimes. It is that we Koreans have always been the innocent victims of greater powers.

But how can you square that belief with the stark truth that more Koreans were killed in the four years after the Japanese occupation (and before the Korean War) by their fellow Koreans than by the beastly Japanese during the previous 40 years?

You can’t. You have to either distort the truth – that’s what suppressing it tried to achieve. Or you do what has to be done and change the narrative.

Clearly, the digging up of truth about this horrendous past calls for a new view of Korea, one that reinforces not blood-nationalism but democracy. The narrative should be that people are people everywhere, but a democratic society is stronger, more successful and more virtuous than a non-democratic one because democracy stays the hand of the powerful and protects the weak. There was horror and abuse in every country before it became democratic. Our people were not intrinsically worse then. But their behavior was because they were unrestrained by the concept of rights that was enshrined in laws that were backed up by the authority of the state.

That brings us to the reconciliation point. Underlying the good work of the Jeju Commission is the idea that the unearthing of truth, the acceptance by government and the presidential apology assuage the pain of the victims and rectify all wrongs. But they don’t.

President Park, for example, may represent the Korean establishment. But she was not even born when the massacres happened.

A real move for reconciliation would sensitively bring together victims and actual perpetrators, or their representatives. That is, the villagers of Jeju with the old men still alive of the police, militia and anti-communist North Korean refugee youth groups.

Such an effort will allow the people of Jeju who grew up without mothers and fathers and who struggled despite themselves to love and forgive the people who took them away, as the decent folk among them counselled, to find the deep sense in that guidance and finally find peace. 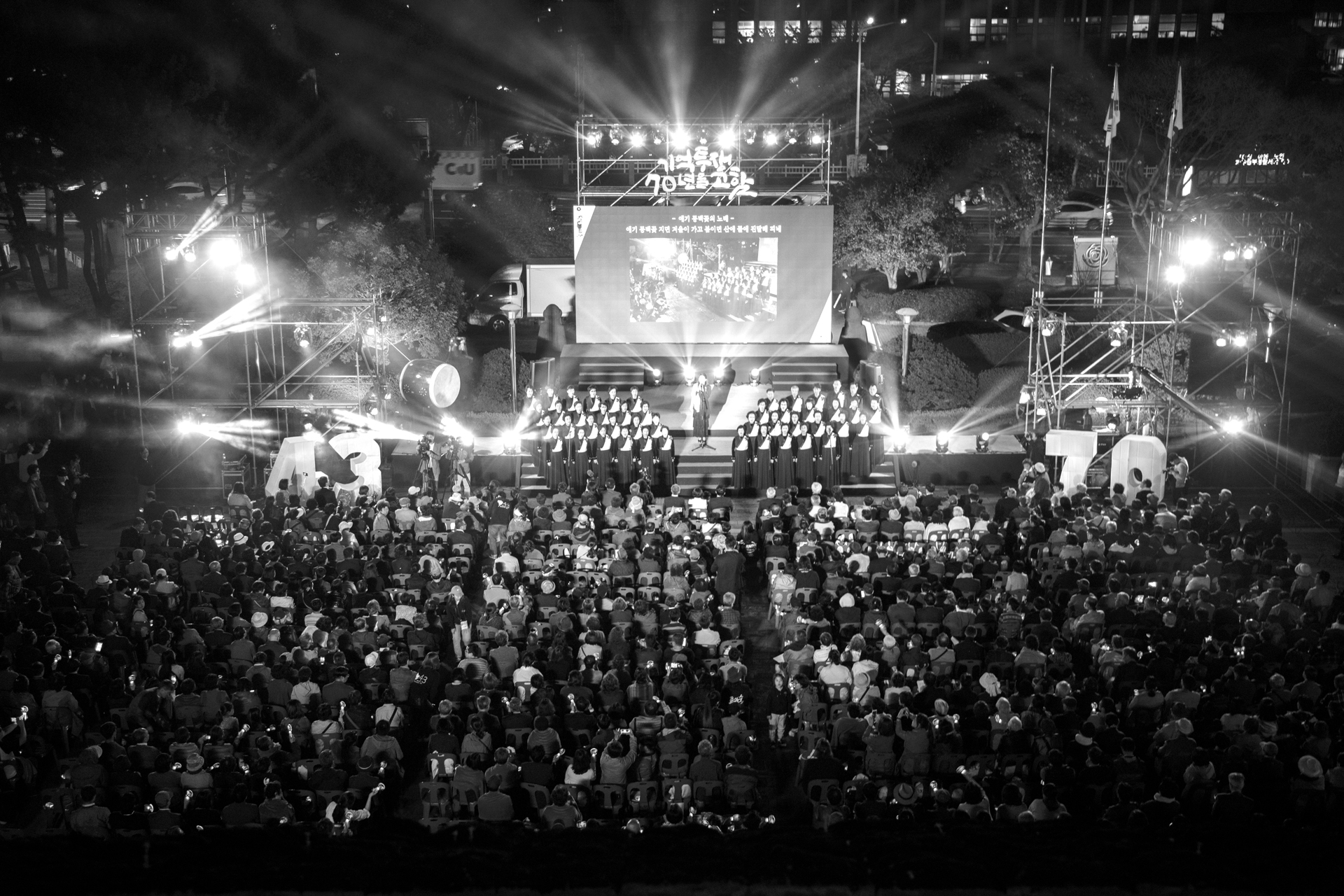 A memorial concert is held on the 70th anniversary of the Jeju 4·3 Uprising and Massacre at the Culture and Art Center, Jeju City. Photo by Kim Heung-gu

The Massacres at Mt. Halla: Sixty Years of Truth Seeking in South Korea

Jeju can spread the ‘beauty’ of reconciliation