The Massacres at Mt. Halla: Sixty Years of Truth Seeking in South Korea 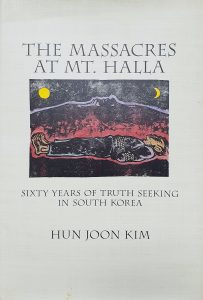 Although the civilian death toll from the Jeju 4·3 events was unprecedented in South Korean history, the massacres were systematically hidden from the general public, and calls for truth and justice were totally suppressed under consecutive anti-Communist military regimes until 1987. Following the transition to democracy, it took considerable time and effort to enact the Jeju Special Law of December 1999, which became the legal basis for the Jeju Commission. The path to the establishment of the Jeju Commission was long and arduous, as noted in the official report of the commission: “The transitional justice movement for the Jeju 4·3 events has proceeded in tandem with the development of democracy in South Korea.”

I have divided the transitional justice advocacy that led to the creation of the Jeju Commission and its activities into six distinct phases. The first phase covers the years from 1947 to 1987, when consecutive dictatorial and military regimes suppressed the memory of the Jeju 4·3 events and civilian massacres. Nevertheless, even during this time, a few courageous individual victims and activists made sporadic attempts to question, remember, and seek redress for the unjustifiable state violence. The second phase spans the years from 1987, the year of democratic transition, to 1992, when the forgotten massacres slowly regained local attention through the efforts of local university students, social movement activists, and progressive journalists. These efforts reached a climax with the excavation of Darangshi cave and the discovery of the skeletal remains of eleven civilians, including women and children, which provided concrete evidence of indiscriminate civilian killings. 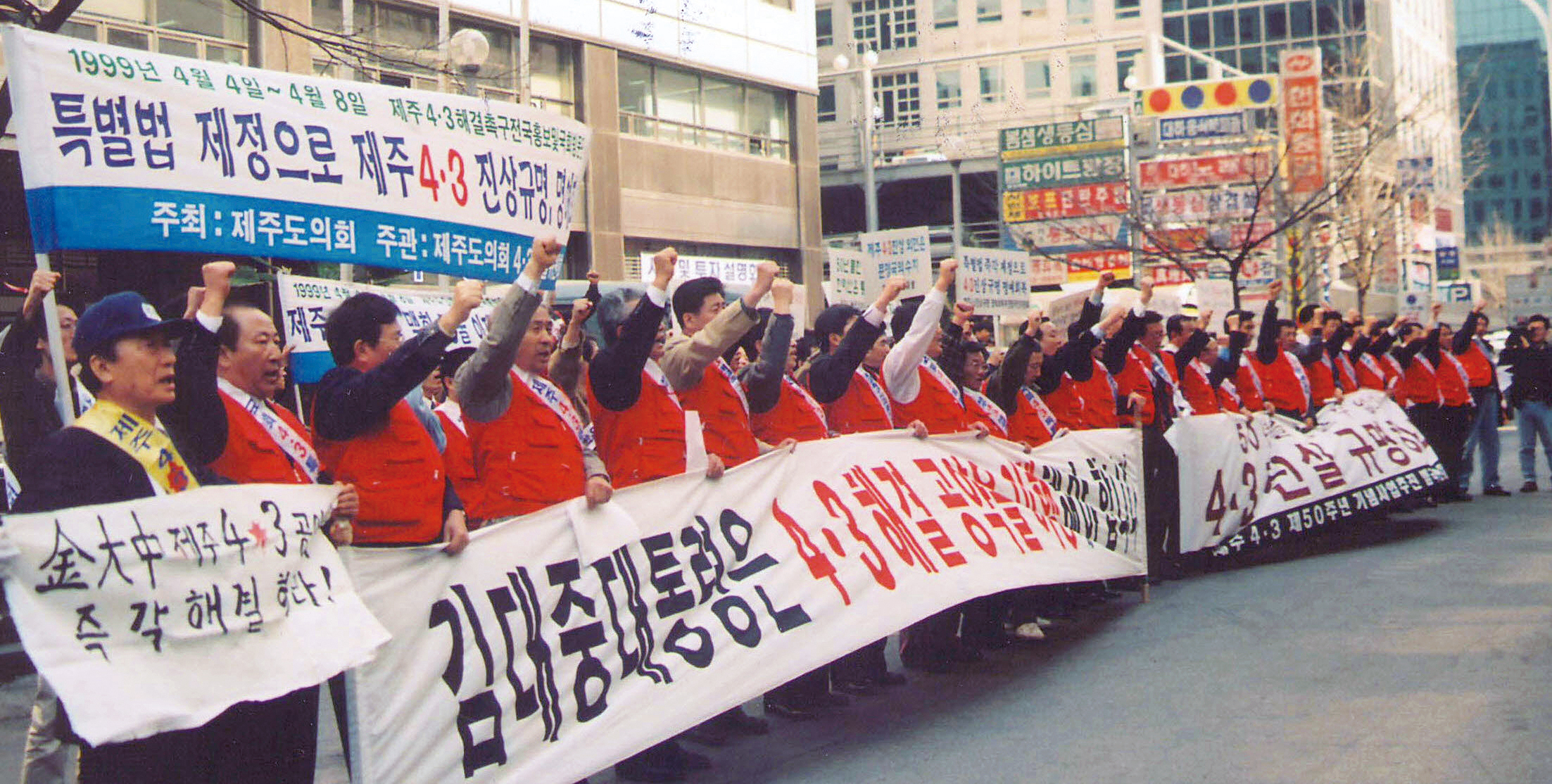 The advocacy for truth and justice became more collective and public in nature during its third phase, between 1993 and 1997. During this period, the Jeju provincial council successfully mediated demands from various local groups, including students, the media, activist organizations, and associations for the victims, and focused on investigating the massacres, organizing the united memorial service and leading the petition movement. The fourth phase of the advocacy was from 1998 to 2000, when victims and activists pursued the implementation of the Special Law passed by parliament and eventually the establishment of the Jeju Commission. During this period, activism shifted from Jeju to Seoul, the center of national politics, and the transitional justice advocacy movement began to attract the support of many outside sympathizers.

The fifth phase started in 2000, when the Jeju Commission launched its investigation, and ended in 2003, with the release of the commission’s official report. Although the commission had three mandates—to investigate the truth, identify civilian victims, and restore the honor of the victims— the commission, between 2000 and 2003, focused on the investigation that laid the foundation for later accomplishments. The last phase of the movement covers from 2003 up to the present and starts with President Roh Moo-hyun’s official apology in 2003, the first presidential apology for abuse of state power in South Korean history. President Roh visited Jeju in 2006, participated in a memorial service for the victims, and issued a further apology for the abuse of state power. The government has also revised history textbooks and official documents to incorporate material about the state violence and civilian massacres in Jeju. Subsequently, the commission has focused on screening victims, exhuming the mass graves, and carrying out various commemoration projects, including the establishment of the permanent Jeju 4·3 Peace Foundation and the Jeju 4·3 Peace Memorial Park and Museum in 2008. The decade-long work of the commission is generally viewed as a success, and a dozen other truth commissions have been created in South Korea in the wake of the Jeju Commission, including the [Truth and Reconciliation Commission of the Republic of Korea] to investigate and reveal the truth about five major past human rights abuses, violence, and massacres that occurred in South Korea since 1910.