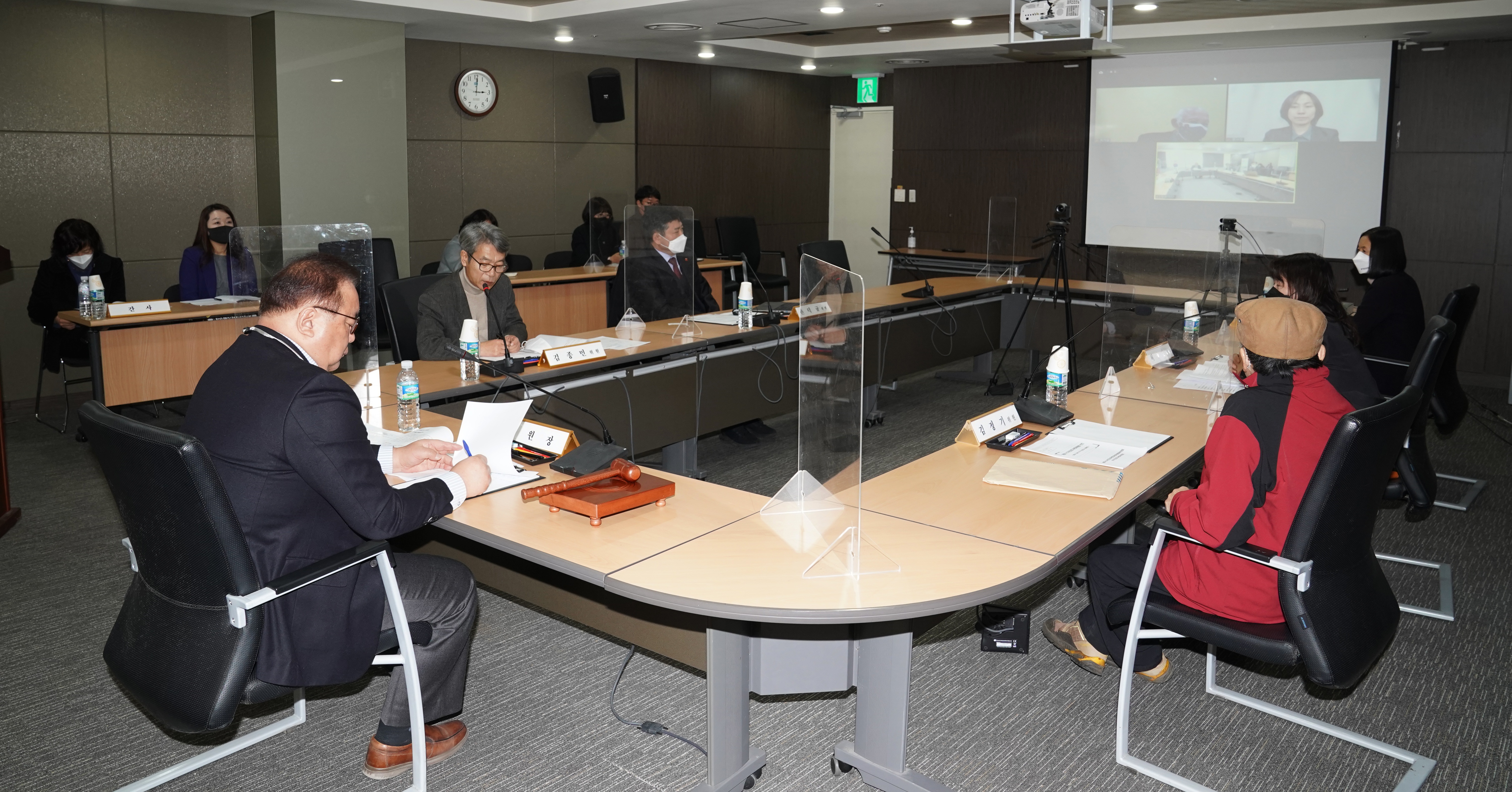 [The Jeju 4·3 Committee’s Subcommittee for Ensuing Investigation holds its second meeting on Jan. 6, 2022.]

The Jeju 4·3 Incident Investigation Report produced by the central government in 2003 focused on the victimization of the Jeju people in armed conflicts and via suppression from 1947 to 1954 and detailed the overall facts of the incident, becoming the basis for further investigations into Jeju 4·3 to fully recover the honor of the victims. Also, suppressed memories of individual victims and their families were formally admitted after decades during which talk of their pain and experiences were silenced by social taboo.

While this first report produced a general outline of the massacre that focused on damages incurred, there is far more yet to be uncovered. Thus, the need for follow-up investigations. However, some have argued against further Jeju 4·3 investigations by the national government, stating there are lesser-known historical affairs that deserve attention and there has already been a fact-finding investigation into the massacres in Jeju, which produced a presidential apology.

However, further details of Jeju 4·3 were to be investigated by the Jeju 4·3 Peace Foundation as mandated by revisions made to the Jeju 4·3 Special Act (and promulgated on Jan 24, 2007).

As mandated by the Special Act, the Jeju 4·3 Peace Foundation formulated a nonpermanent investigation group in 2012 to calculate the damage each village in Jeju sustained during Jeju 4·3. Expert groups were invited to investigate the extent of the damages, including material damages sustained and casualties.

Before commencing work on the report, the Jeju 4·3 Peace Foundation required reinforcements in expert human resources. After a full-scale organizational restructuring, the foundation established the Research Department in October 2018. The department reviewed the data collected for the follow-up investigation and supplemented details, and The Jeju 4·3 Incident Follow-up Investigation I was published in December 2019.

The report covers 26 mass killings of more than 50 victims, exhumations of 4,255 people who were reported missing, damages caused by the preliminary inspection, fatal human damage done to 700 education-related staff members, and 1,091 people killed by the military, police, and right-wing organizations as well as the number of casualties from each village. The Jeju 4·3 Incident Follow-up Investigation Report published by the foundation aimed to provide an overall discussion regarding Jeju 4·3 by covering in detail the damage done to each village. The village-based damage report includes information on the assailants as well as the time, place, and the type of damage incurred, such as whether it was human losses or material to specify the background of different events and the relationship between them. Data that had once been scattered were brought together. Field investigations were conducted to categorize the damage, providing the basis for establishing a comprehensive plan for further research.

What has been modified and passed in the 2nd Subcommittee meeting of the Jeju 4·3 Committee on Jan. 6, 2022, are as follows:

– Damage by region, missing people, the role of the United States, damage to Jeju residents in Japan, damage caused by the guilt-by-association system, and activities of the military, police, and armed forces.

– The aim is to cover “assignments that were deemed insufficient in the first investigation report of 2003” that was dealt with in The Jeju 4·3 Incident Follow-up Investigation Report I (2019) as published by the Jeju 4·3 Peace Foundation. Sectors that require further investigation or follow-up work are set as targets.

– The purpose is to derive a publicly credible report that abides by the Jeju 4·3 Committee’s procedure for reviewing, deciding, and confirming its content.

The follow-up investigation intends to cover topics that were pinpointed as insufficient, as written in the article, Reconciliation and Coexistence, a 2008 Jeju 4·3 Committee’s white paper on Jeju 4·3 as “the historical evaluation, missing people, damage done to each village, and the investigation on the command system of suppressive operations.”

There are six topics to focus on:

1) Damage done in each region

Details will be further investigated as they were insufficient in the 2003 report. In preparation for the Jeju 4·3 Committee’s review, the data collected from 2012 to 2016 will be reinforced.

The final traces of those who went missing will be comprehended in liaison with relevant agencies in and out of Jeju to help with follow-up measures, including exhumation and commemoration of the victims.

3) The role of the United States

The role of the United States Military Government in Korea (USAMGIK) in Jeju 4·3’s background, the unfolding, and the killing of civilians will be investigated as the event took place while the USAMGIK was in control of South Korea.

4) Activities of the military, police, and armed forces

Investigation on the military, police and armed forces will be expanded as their responsibilities for killing civilians are grave. The topic is also essential in preventing the recurrence of human rights violations.

The people of Jeju who moved to Japan following the outbreak of Jeju 4·3 will be contacted to investigate the damages they suffered.

The guilt-by-association system is not only relevant in Jeju 4·3 but also in other human rights violations regarding other historical tragedies, as it has been the cause of recurring tragedies long after the initial events. The investigation of the topic will go through case studies and official investigations regarding the scale. 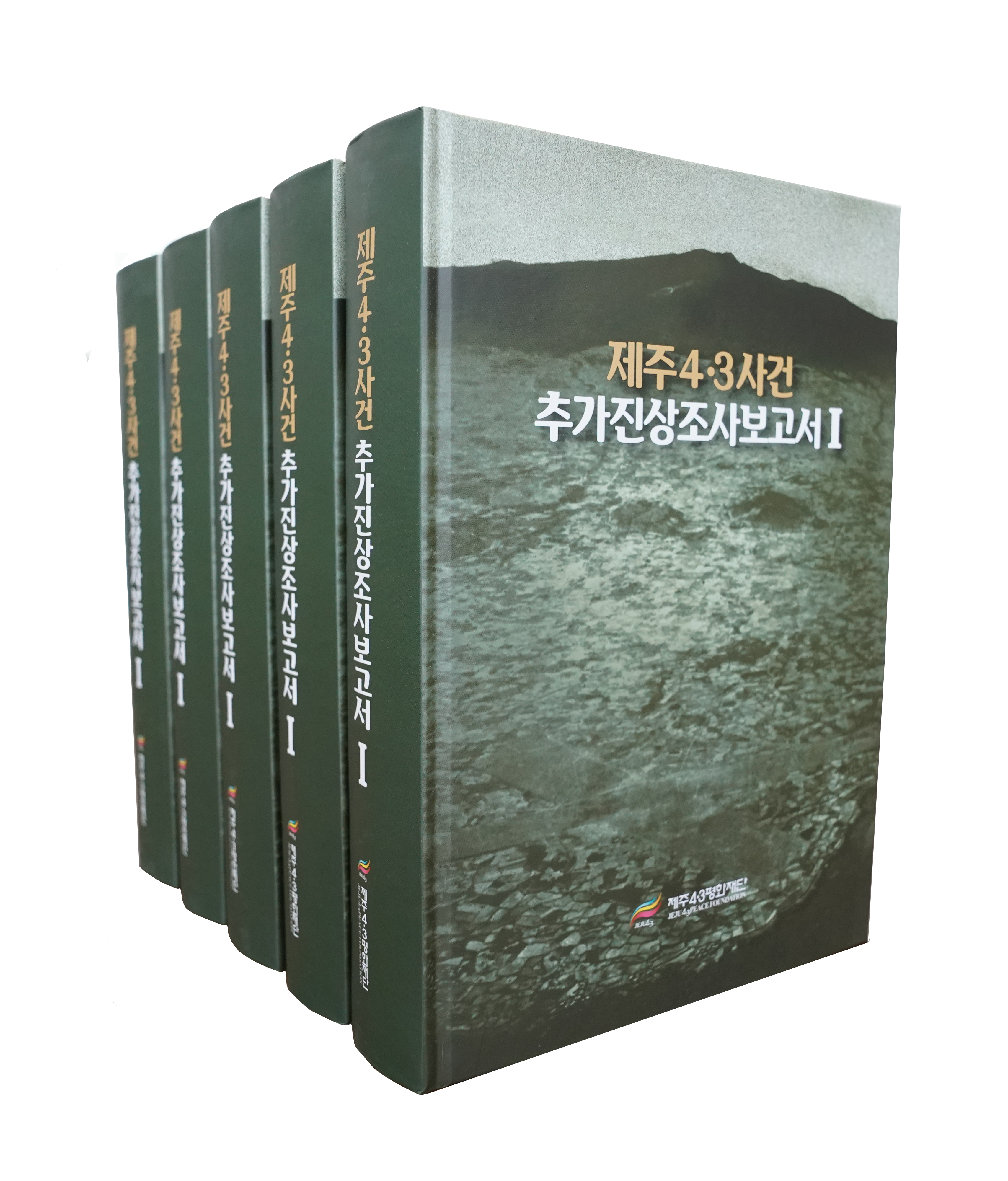 Jeju 4·3 is now past the stage of national commemoration and is moving toward the second stage of national compensation. The revision of the Jeju 4·3 Special Act is based on the state’s responsibilities, including the compensation for victims and the re-examination of trials to recover victims’ damage and honor. Also, the follow-up investigation emphasizes the continuity of fact-finding work. The enactment of the Jeju 4·3 Special Act in 2000 and the passing of the general revision in 2021 will become a world model for resolving past historical events centered around fact-finding and the recovery of honor for victims.

“Jeju 4·3 was my destiny”: A path of devotion for half of life