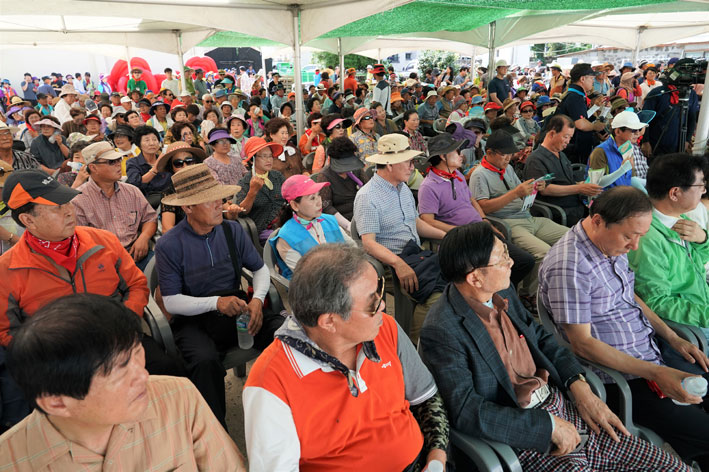 Jeju 4·3 Trail (a path system created with the theme of the Jeju Uprising and Massacre) opened new routes in Ora-dong late July. The northern town near the Jeju International Airport was one of the most severely damaged areas during Jeju 4·3, especially due to the arson attack against the entire region of Ora-ri. The Ora-ri Arson Attack is considered to be a decisive event during the massacre and is attributed with having greatly deteriorated the already violent situation on the island. 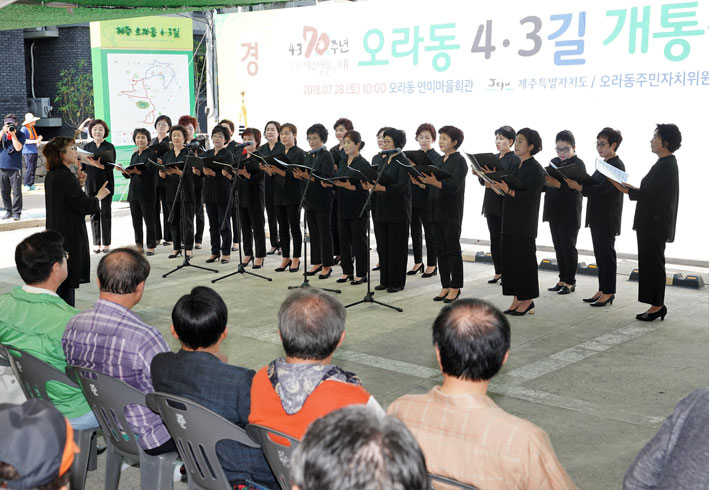 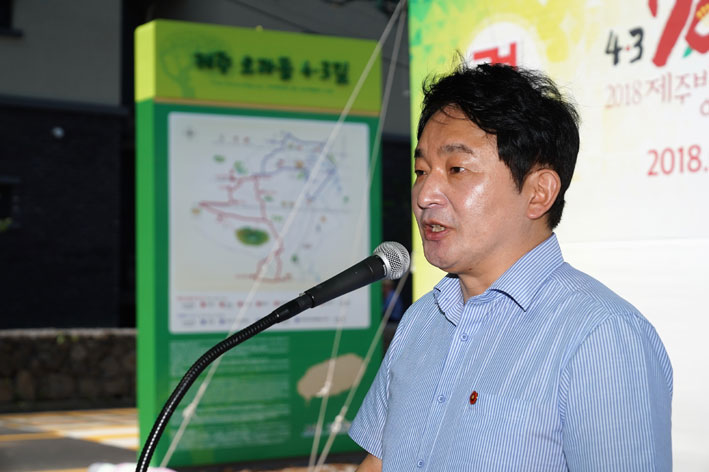 Jeju Governor Won Heeryong said in his speech: “Visitors to this trail will be able to learn about the victims’ stories and the legacies of the Jeju uprising by reflecting on such lost villages as Eouneul and Seondalbaengdi that were part of this beautiful landscape. Hopefully, the trail will play a pivotal role in sharing the stories and legacies with visitors from Korea and the world beyond.”

Governor Won also stated: “On the 70th anniversary of Jeju 4·3, a growing number of people have shown interest in its history. We need to utilize this trail to honestly teach them about the factual history and the truth of Jeju 4·3 as well as its lessons and value. Jeju province will make its most concerted efforts to promote this trail as an educational medium for peace and human rights.”

In February, the local government publicly received applications for candidate locations for the new Jeju 4·3 Trail and finally decided on Ora-dong. After an in-site survey by specialized experts, two trail courses totaling 12 ㎞ were created in the area.

Course 1 has been designed for a 6.5-㎞ tour of the Yeonmi Village Community Hall, Joseoldae (a site with a monument of allegiance to the nation from early 1900s), Eouneul (a village lost during the arson attack) and Weoljeongsa Temple. Course 2 also starts from the Yeonmi Village Community Hall and leads to Ora-dong Dolmen and the lost villages of Gojire and Seondalbaengdi, stretching 5.5 ㎞ in total. 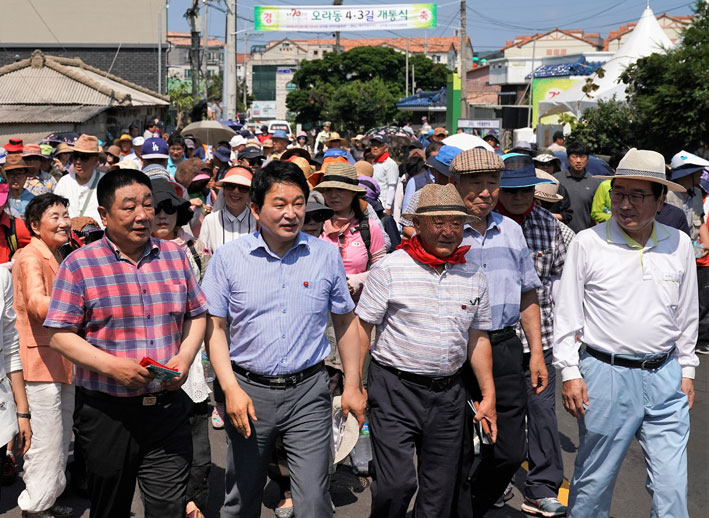 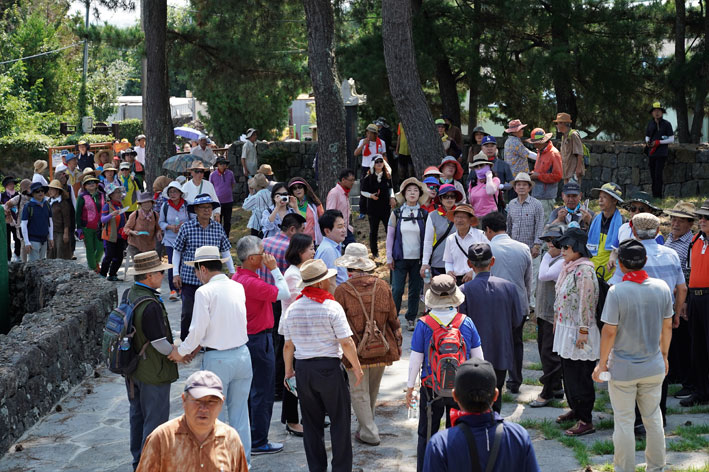 From the early stages of Jeju 4·3, Ora-dong suffered greatly from several different events that caused it to suffer more damage than other regions. Particularly, the Ora-ri Arson Attack committed by a right-wing youth organization on May 1, 1948, had immense impact on the subsequent situation where the US military government took a hardline policy during the counterinsurgency operations.

As a result of the attack, most of the houses in Yeonmi Village were burnt down and the then-ongoing negotiation between the counterinsurgency forces and the armed guerillas broke down, which triggered brutal suppression operations.

Jeju 4·3 Trail was first established in Donggwang Village in 2015 and an additional four villages joined the trail system afterwards, including Uigwi and Bukchon Villages (2016) and Geumak and Gasi Villages (2017). The trail in Ora Village is the 6th on the list. 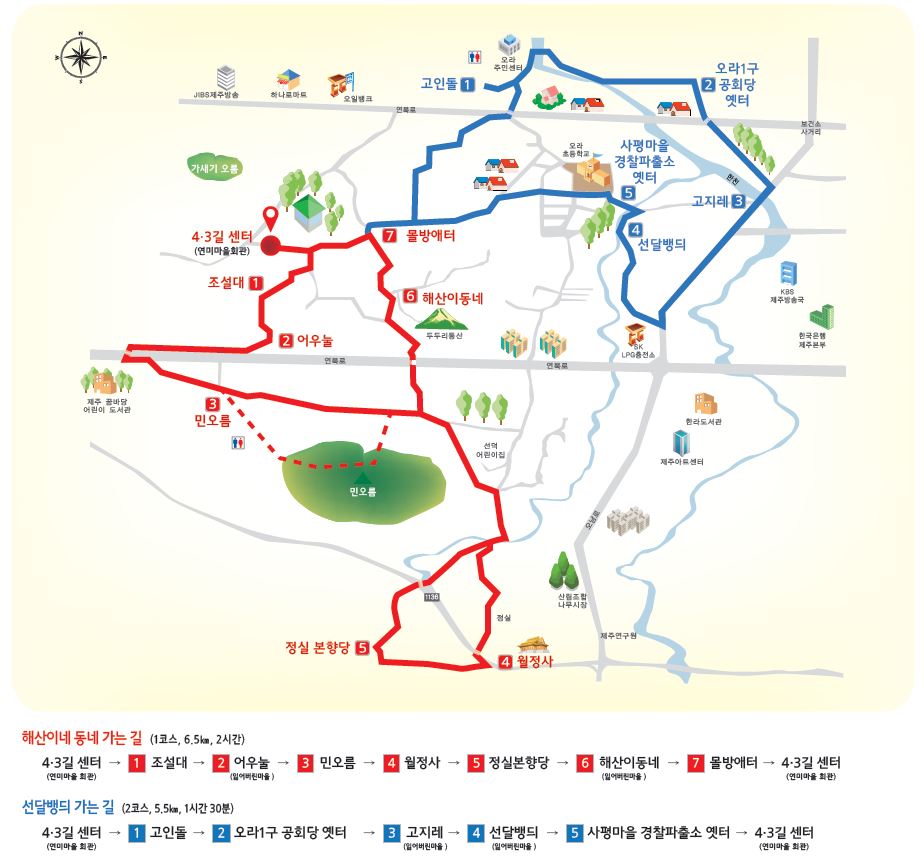