The nightmare of the Bukchon Massacre 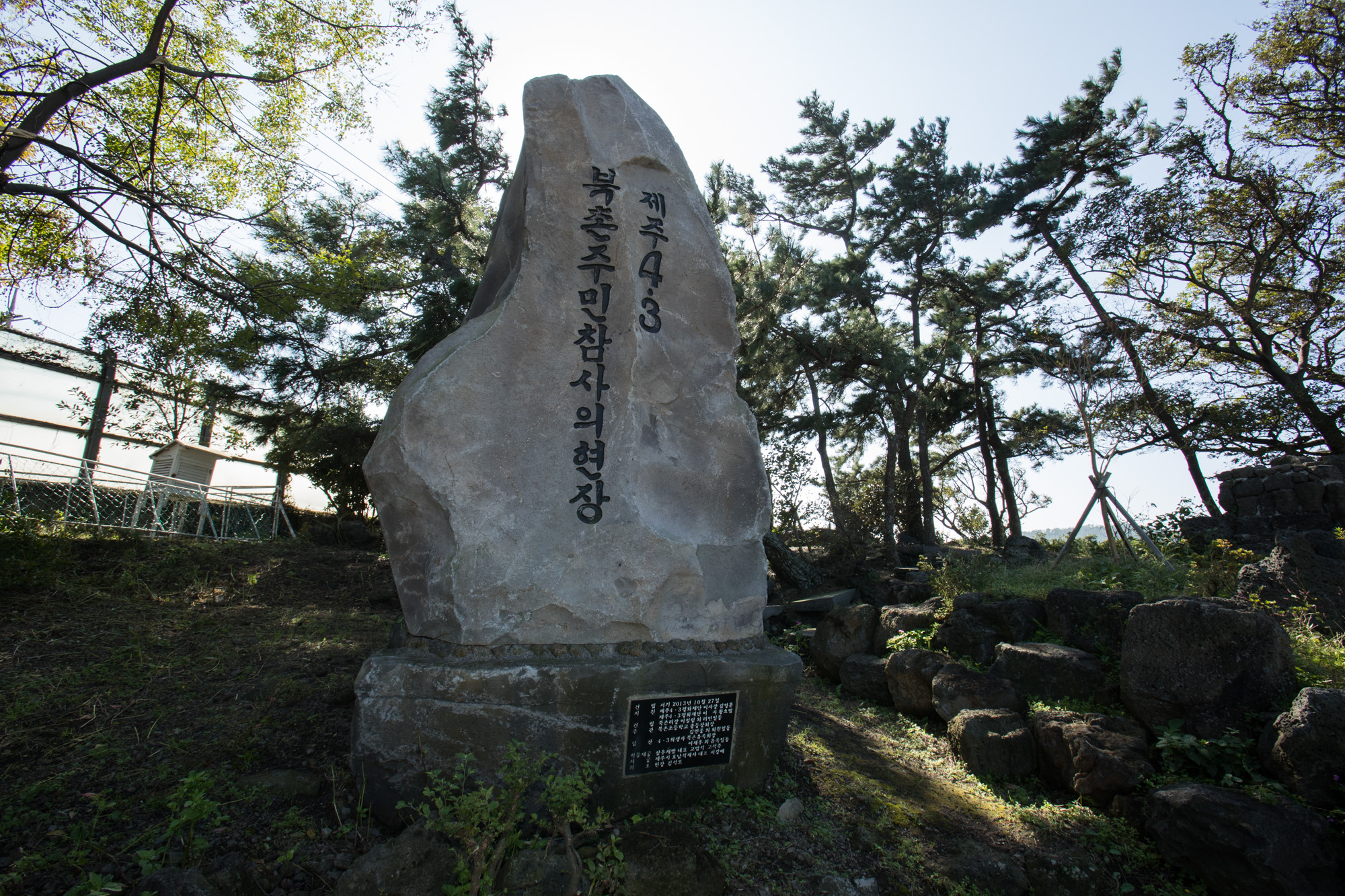 A memorial stone in Bukchon-ri village commemorating the site of the Bukchon Massacre of January 1949.

A short drive east of Jeju City is the coastal village of Bukchon, and while seemingly ordinary, this quiet fishing village is known for two things: For its strong Haenyeo (Jeju female divers) culture and for having been the site of the worst indiscriminate mass killing during the Jeju Uprising and Massacre.

The tragedy is memorialized near the site of the slaughter in the Neobeunsungi April 3rd Incident Memorial Hall where visitors can learn of the town’s dark history, known now as the Bukchon Massacre.

However, nothing can fully translate the horror that the Korean Constabulary brought here Jan. 17, 1949.

Early that morning two Korean soldiers were killed in ambush by rebels near the village. Their bodies, found by villagers, were brought to the local battalion headquarters by Bukchon elders. In retaliation, the elders were shot dead and the battalion commander sicced two platoons on Bukchon.

The soldiers went door to door, torching houses in search of rebels and dragging residents out into the street at gunpoint. They then corralled around 1,000 villagers into the yard of the local elementary school, where families of police and military were separated and spared.

The killing began with the public execution of the head of the local organization responsible for the town’s security for failing to do his job.

Residents were then taken in groups to a nearby farm where they were shot to death.

The terror ended when a police officer, a native of the nearby village of Hamdeok, begged the commander to stop.

The horror had begun at 11 a.m. and ended at 5 p.m. Over 300 men, women and children (though mostly men) were murdered that day, with over a hundred more who had escaped to a nearby village executed the day following. Entire family lines that had lived for generations in Bukchon were expunged.

According to the Hamdeok police officer’s testimonial in the April 3rd incident investigation report, the indiscriminate slaughter was the result of senior officials wanting young recruits to experience killing and having no shelter for the villagers following having their town razed.

The village, and the horror it experienced, would become the inspiration for Hyun Ki Young’s 1979 novella “Aunt Suni,” the first public mention of the massacre and cause for the author’s arrest and torture.

While bringing to light this atrocity to many for the first, Hyun’s work does not attempt to predict the effect the massacre would have on future Bukchon generations. In 1960, an article referred to Bukchon as the “Village of Widows,” and its strong Haenyeo culture was of necessity, says a local resident, who explained that the majority of the survivors were women and their children, and the mothers became Haenyeo to provide for their families.

The effects of the Bukchon Massacre can still be felt within the sleepy town, and the memorial stands not only as a tool of education but as a reminder of the nightmare that this coastal village experienced seven decades ago. 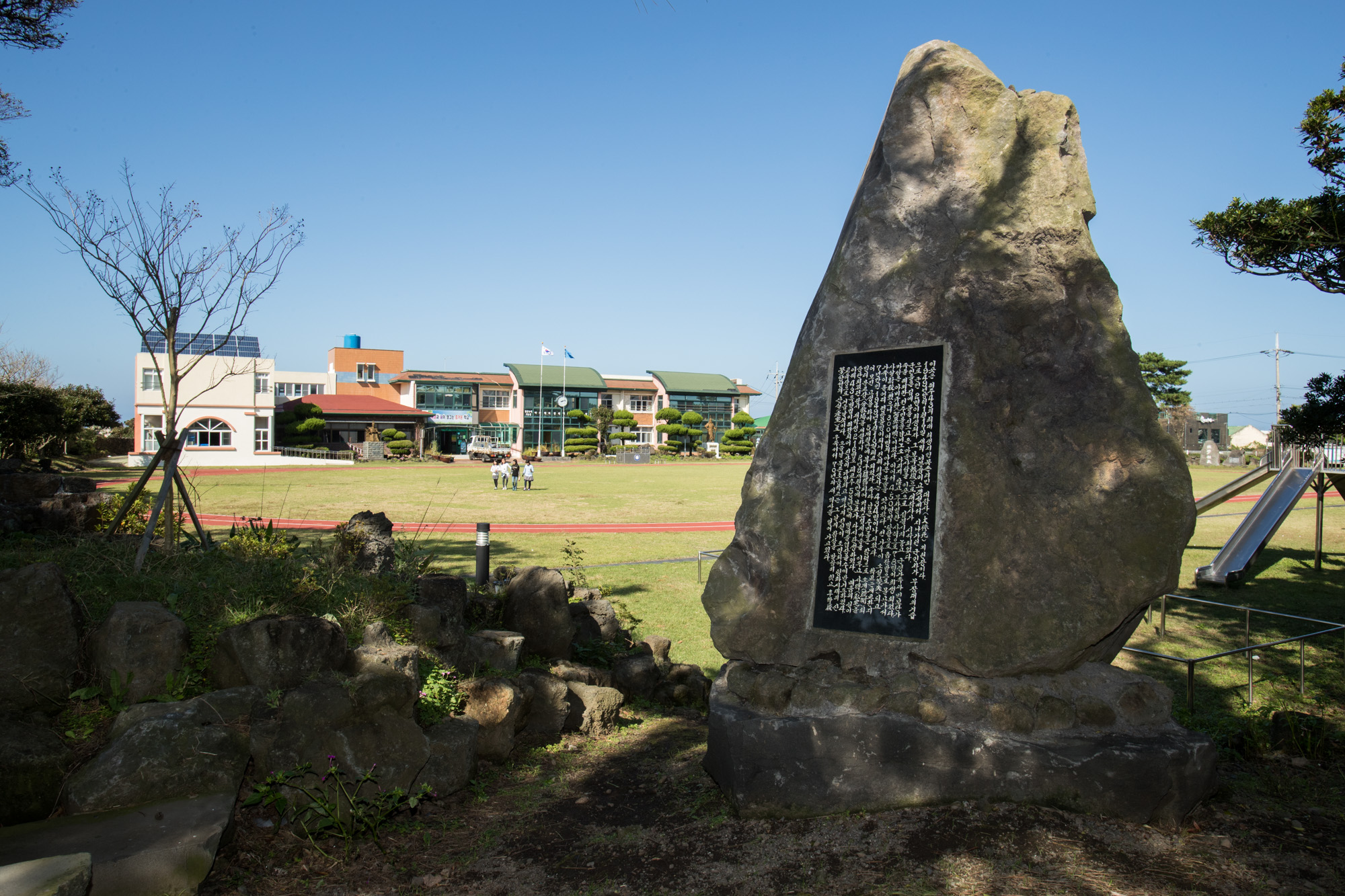 Bukchon Elementary School where villagers were ordered to congregate before being taken away and killed by the military.

Darangshi cave, where truth of 4·3 lay hidden for 50 years

Goneuldong: The massacre that reached the sea