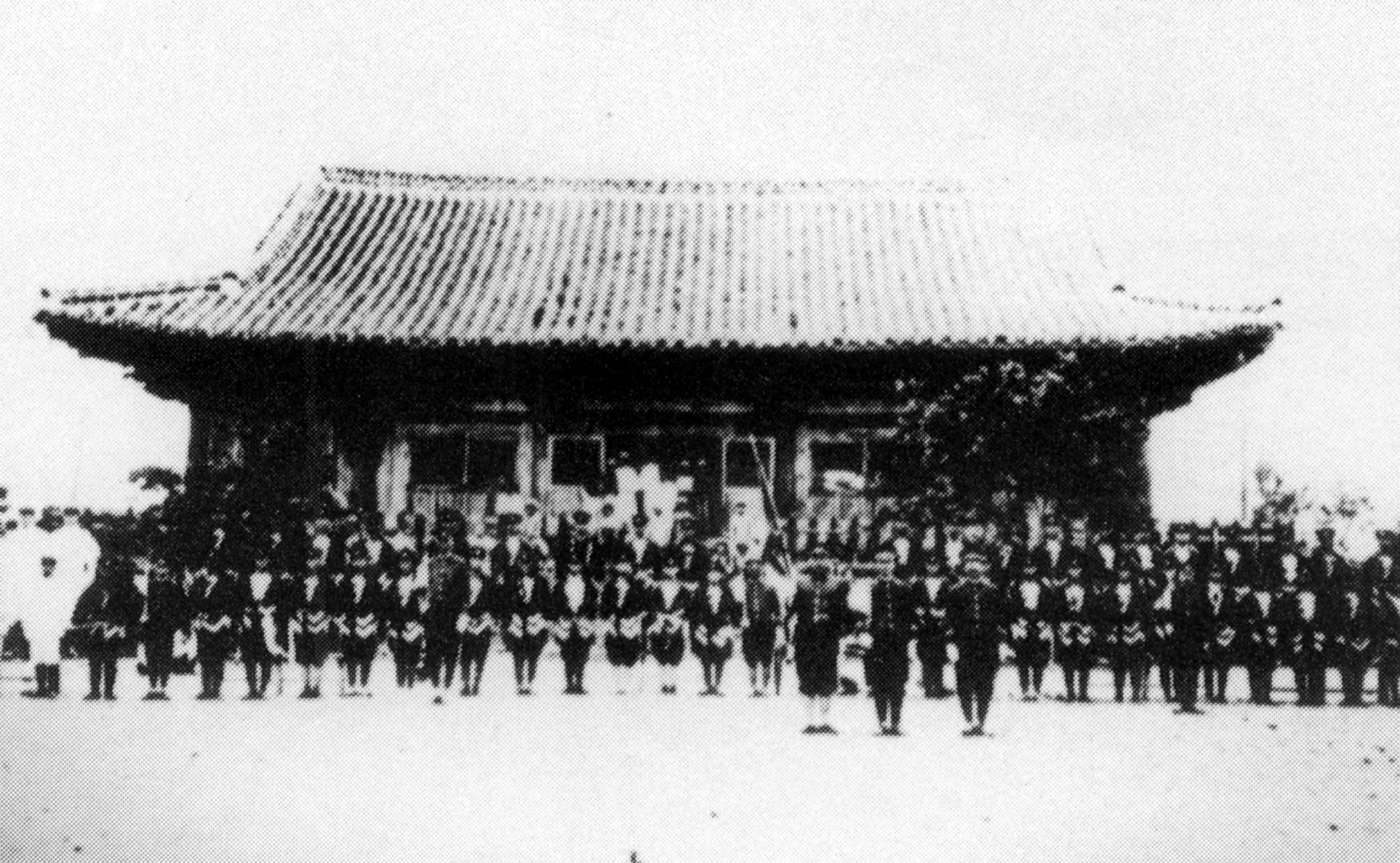 If the Jeju Uprising and Massacre had a geographical epicenter, it would be the area around Gwandeokjeong Pavilion in the old downtown of Jeju City.

Sadly, visitors to Gwandeokjeong today find little trace of its role in the tragic 20th century history of Jeju. Although streams of walkers approach the site along Olle Trail 17, and spend their time enjoying the recreated grounds of Jeju Mokgwana — the Joseon-era (1392-1910) office of government, restored in 2002 — there is little trace of the site’s pivotal role in the Jeju Uprising and Massacre.

The pavilion was built for military training in the reign of King Sejong in the 15th century and was the political heart of Jeju throughout the Joseon era. Although Jeju Mokwana was burned to the ground by the Japanese, Gwandeokjeong Pavilion survived and remained politically important throughout the Japanese period (1910-1945).

Jeju citizens protested against the Japanese occupation at Gwandeokjeong and further protests were held even after liberation in 1945, but this time against another foreign government. This is because the USAMGIK office stood across the street from Gwandeokjeong, although all that stands today are modest commercial units,

Despite the situation being relatively calm in the period following liberation in August 1945, relations soon soured and on Feb. 10, 1947, between 300 and 1,000 (depending on the source) middle and high school students held a protest against the American presence.

Less than a month later, on March 1, 1947, another protest at Gwandeokjeong would spark the period of violence known as the Jeju Uprising and Massacre.

Known today as “The Shooting Incident,” a massive gathering of around 30,000 people congregated at the nearby Jeju Buk Elementary School that morning to simultaneously celebrate national independence and protest the upcoming national elections that would effectively confirm the bifurcation of the country.
By this point, Jeju police had failed to instill trust in the people by not expelling those who oppressed Jeju Islanders during Japanese occupation from their ranks as well as facilitating corruption during severe food shortages.
Following speeches at the school, a parade, unauthorized by the US military government, traveled from the school and through Gwandeokjeong Square. As the marchers exited the square, the horse of a mounted police officer kicked a 6-year-old child.
According to bystanders, the policeman tried to move along as if nothing had happened, but this enraged the assembled crowd, which began to accost the officer and throw stones as he escaped to the police station out front of Gwandeokjeong.
On seeing the commotion, police manning the station assumed they were being attacked and opened fired, killing six people and injuring six more.
Already angry with police, the public became furious with them.
What followed was a general strike of both Jeju civilians and government officers, which was unheard of in Korea. The demands included the execution of the officers who opened fire on the crowd.
The military government justified the shooting as a communist-incited incident. And President Syngman Rhee used it as an excuse to sic more mainland police and the extreme right-wing group the Northwest Youth Association to the island to clamp down on communist attacks.
This incident at Gwandeokjeong is where all the anger, fear and politics merged setting in motion the political war for Jeju Island that would see the deaths of between 30,000 and 60,000 people. 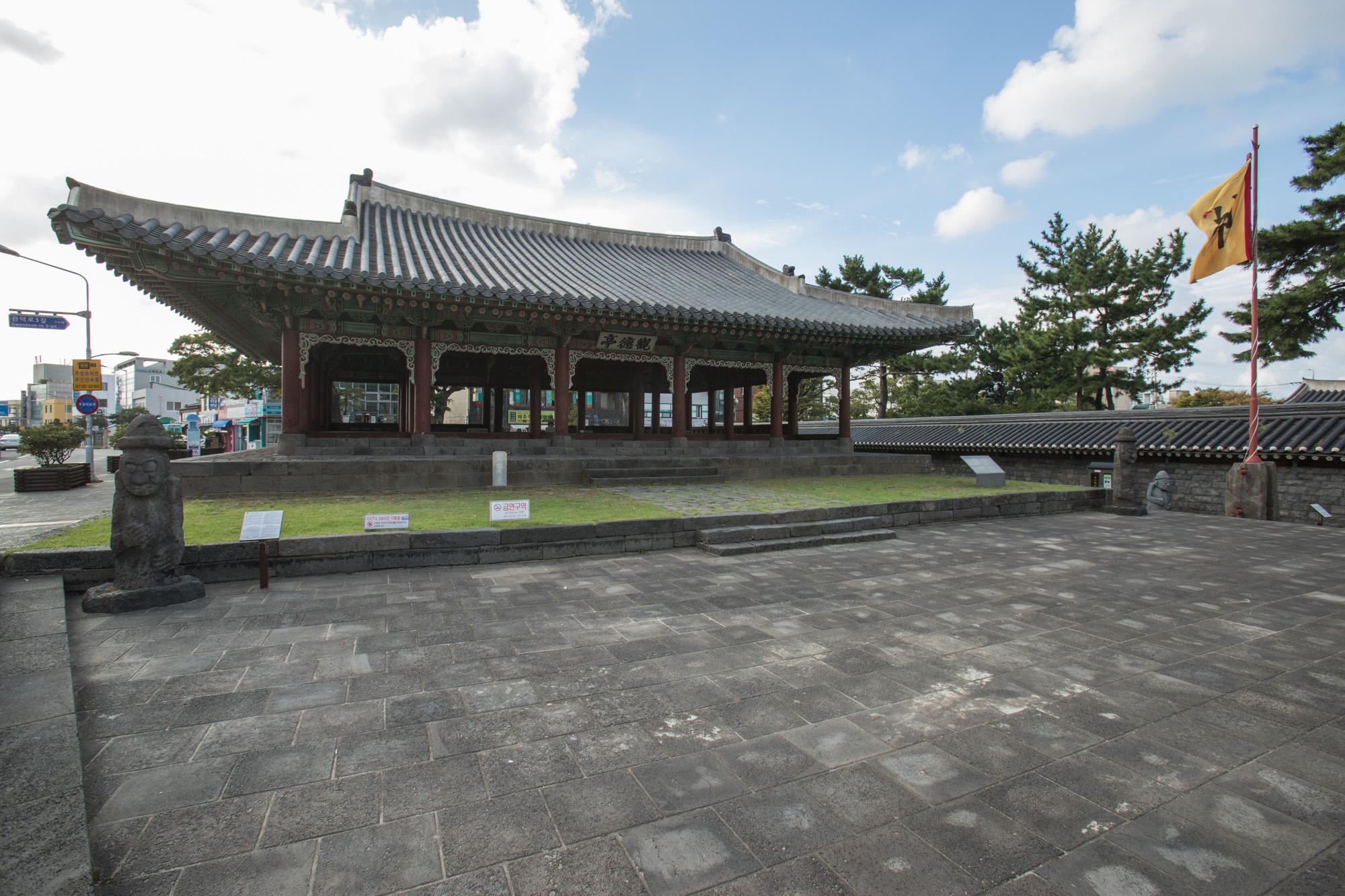 Gwandeokjeong as it looks today in the historical Wondoshim region of Jeju City.

The Jeju 4·3 Peace Park: A place to honour, grieve, learn

Darangshi cave, where truth of 4·3 lay hidden for 50 years