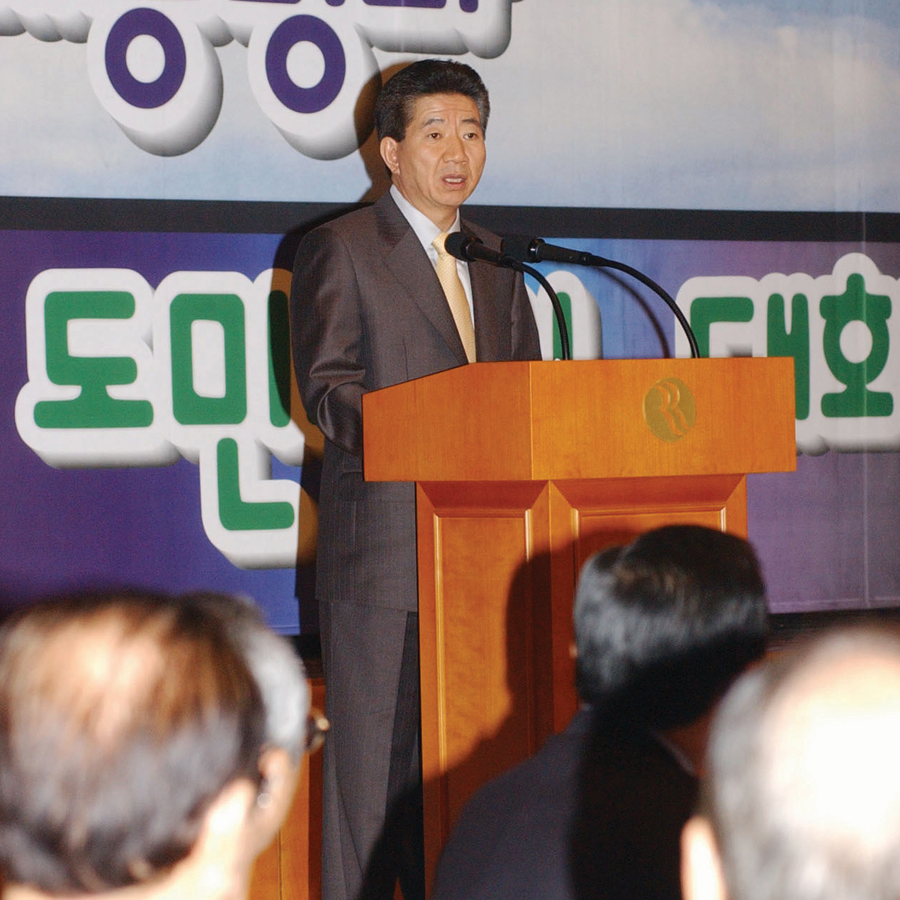 Respectable people of Jeju, the bereaved of the 4·3 Incident and citizens of Korea, 55 years ago, here on the peaceful island of Jeju, the 4·3 Incident occurred, a tragedy of modern Korean history. Jeju people experienced enormous loss of life and property due to the historical context of being caught between the international Cold War era and the national division of Korea.

Prior to my visit to Jeju, I received the resolved results of investigations over the past two years according to the Special Law for Investigation of the Jeju 4·3 Incident and Honoring Victims through a respectable committee formed by eminent persons in various fields. The committee suggested that the government issue apologies to those who suffered sacrifice, to restore the honor of victims and to establish memorial projects for the victims.

As president, I believe that the time has come for us to conclude this historic tragedy that occurred between our independence from the Japanese colonial regime and the establishment of the Republic of Korea.

Many innocent Jeju civilians were sacrificed starting from March 1, 1947, and through the armed uprising of the Jeju chapter of the South Korean Labor Party on April 3, 1948, then to the armed conflicts and suppression operations until Sept. 21, 1954.

As president, I accept the committee’s recommendation and hold the government responsible and truly extend my official apology for the wrongdoings of past national authorities. I also cherish the sacrificed spirits and pray for the repose of the innocent victims.

The government will support the construction of the Jeju 4·3 Peace Park and the immediate restoration of honor to the victims.

Respectable Citizens of Korea,
The truth commission and the restoration of honor are not limited to the direct victims and the bereaved. We aim to promise a much brighter future by cherishing the enormous patriotic contributions of unnamed people during the establishment process of the sovereignty of Korea, and to self-examine past mistakes through the truth investigation, and then achieve true reconciliation.

We can expand the human value of “peace and human rights” by sublimation of the lessons of the 4·3 Incident. We can put an end to all sorts of conflict and estrangement through our collaboration and reconciliation and bring peace to the Korean Peninsula, thus opening up the path of peace in Northeast Asia and the world.

Respectable People of Jeju,
You have reconstructed Jeju, such a beautiful island of peace, from the ruins with your bare hands, and I extend my respect to the Jeju people for your hard work. Jeju will be an island of peace and an emblem of human rights from now on. Citizens of Korea, I will give help to this effort and make it come true.

1 This presidential statement is taken from the English translation of “The Jeju 4·3 Investigation Report.” It has been edited for grammatical errors and style.