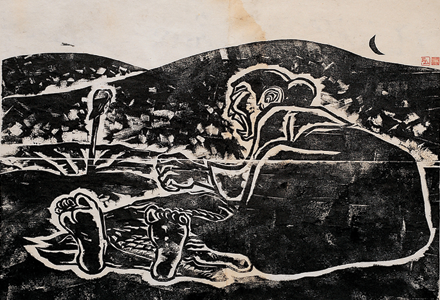 Powerful cuts made by the artist in his early years 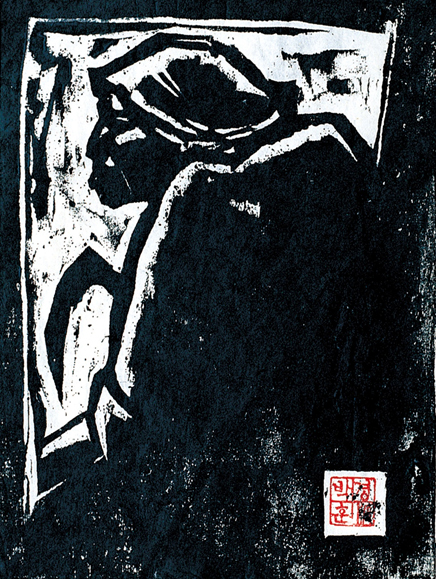 Wood engravings by Park Kyong-hoon play a pivotal role in highlighting Jeju 4·3 in the fine arts. Since the beginning of his career, the artist has created an array of works, encompassing diverse media including painting, engraving, digital, installation and public art. His wood engravings were mostly produced when he was in his late 20s to early 30s, which was from the mid-1980s to the early 1990s. This means that many of his woodcuts were created around the late 1980s when he participated in the so-called people’s art movement.

With his work he expressed Jeju Island using the symbolic imagery of a mother or rural villagers. For instance, “Wailing” depicts a woman mourning for her dead child whose body is covered with a straw mat. This alongside other works such as “The Son’s Gun” and “Oh, Hallasan!” provide direct imagery of Jeju 4·3. True to the nature of woodcuts, the contrast of black-and-white creates vibrant and compact images made by the strong cuts of the artist when he was young.