Ritual for the victims massacred at Darangshi Cave (2002)

A shamanic ritual to soothe never-ending sorrow and trauma 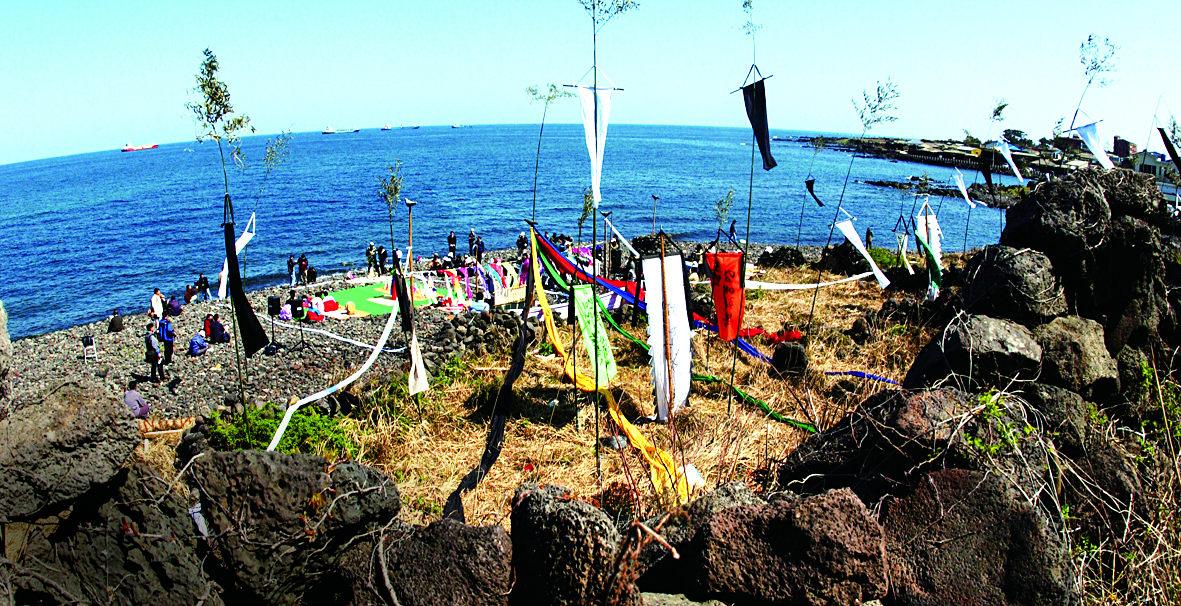 Ritual for the victims drowned near Sanji Port (2015)

In Jeju’s Haewon Sangsaeng Gut, humans are not the sole subject of consolation. To the survivors of Jeju 4·3, shamans, who are believed to be the envoys of the divine spirits, are the only beings to plead for the resolution of their deep sorrow. The survivors are those who were left behind, and what embosoms and soothes them is shamanism, the oldest form of religion which often involves ritual performances, or “gut,” in Korea. Therefore, alongside ancestral rituals, or “jesa,” gut have long served as the only measure that many Jeju locals could take to ease their deep-rooted pain.

To perform the Haewon Sangsaeng Gut, shamans visit different massacre sites. As their rituals are dedicated not just to the souls of the victims but to the damaged island as well, the performances are also considered a process of bringing new birth and life to the dead.

The Haewon Sangsaeng Gut is performed to enlighten the public that nature and humans are both subject to healing. In a sense, it is a resurrection ritual that could resuscitate an island that has been covered with dead soil and has suffered in agony due to its painful scars. The provincial ritual of the Haewon Sangsaeng Gut is performed every year during the annual Jeju 4·3 memorial service.